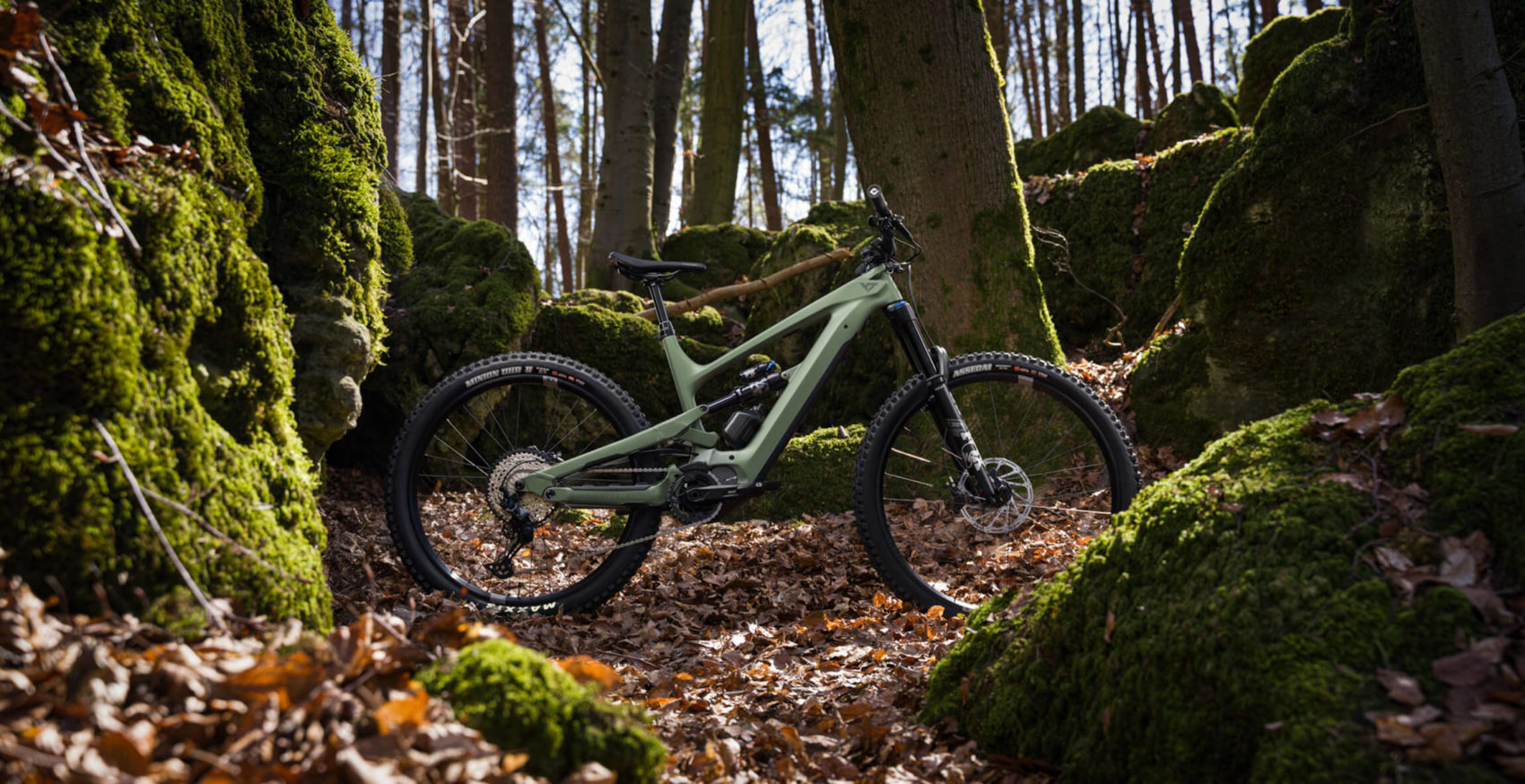 The duck has landed! If high-performance enduro and all-mountain E-mountain bikes get you excited you’ll want to check out these specimens of fun-loving, gravity-hungry machines. The DECOY MX Core models are just itching to hit the gnarliest of trails at full speed and take mountain bikers back up technical uphill while waving the shuttle goodbye, while the DECOY 29 is looking to take riders on long trail adventures.

After presenting the new Core models with the JEFFSY and the new generation of the CAPRA, YT introduces the new approach to the DECOY platform too. The DECOY MX is a true enduro with a built-in shuttle boasting 170mm travel up front and 165mm in the rear. The DECOY 29 delivers 150mm/145mm worth of travel. You only have an hour to spare? You’ll be able to get more downhill laps in than you would riding your regular enduro while challenging yourself to overcome the most technical of uphills in the process. The latest addition to the DECOY platform is spec’d with the new EP8 Shimano motor, which is stronger, lighter, and quieter while also improving range thanks to refined power consumption. The latest Shimano motor is powered by the YT custom 540 Watt battery, which is fully integrated into the downtube allowing the DECOY to look and feel like a true YT. Available in five sizes S-XXL and various color options such as ‘Trooper White’ and ‘Ice Green’ the DECOY delivers the unique handling of a true YT mountain bike and enables mountain bikers of all shapes and sizes to Live Uncaged.

MX means riders are treated to the best of both worlds. The front 29-inch wheel provides for great stability in difficult terrain, while the 27.5-inch wheel in the rear allows for the bike to be playful with plenty of pop for collecting air miles – the perfect E-MTB for shredders. If longer rides that include plenty of technical climbing are more up to your liking, then the DECOY 29 will be more suited. The Decoy 29 has increased rolling capabilities and stability at high speeds thanks to the 29-inch rear wheel. Additionally, the longer rear triangle makes a more balanced bike benefitting its climbing ability.

”The DECOY is such a fun mountain bike. It will conquer any climb and let you collect air miles with plenty of steeze on your way back down the mountain. The MX version is directed at gravity mountain bikers who do not shy away from sending trail features, while the DECOY 29 offer the right balance of speed and climbing capability. Thanks to the EP8 motor our E-MTB is even more powerful and just waiting to take big hitters and explorers on an adventure.

The DECOY Core 4 is built around an Ultra Modulus Carbon Frame, meaning both front and rear triangles enable maximum performance thanks to state-of-the-art materials and optimized carbon fiber technology while keeping weight at an absolute minimum. To make sure the suspension also performs at the highest level, the DECOY MX Core 4 relies on the FOX 38 Float Factory E-Bike+ fork and FOX Float X2 Factory rear suspension that will smooth out the biggest impacts. The DECOY 29 Core 4 delivers great all-mountain suspension performance thanks to the combination of FOX 36 Float Factory E-Bike+ fork and FOX Float DPS Factory rear shock. This flagship model delivers highly reliable gear shifting with the Shimano XT M8100 drivetrain technology and SRAM Code RSC brakes with Centerline rotors (200mm/200mm). Keeping the rubber side down has never felt so good with the Crankbrothers Synthesis Alloy E-MTB I9 1/1 wheels that have a front and rear-specific tune – stiffer in the rear, more compliant at the front. This model is a high-end E-MTB that will leave no questions unanswered.

Thanks to an HX frame, both the DECOY Core 3 variations are built around the perfect fusion between a High Modulus Carbon Fiber front triangle and an extremely durable aluminum rear-end. The perfect blend of increased control due to the carbon upfront and the added compliance in the rear results in a fantastic riding experience all day long. The DECOY MX Core 3 features the FOX 38 Performance Elite E-Bike+ fork paired with the FOX Float X Performance Elite rear shock, which will iron out the trail and let you concentrate on the line you want to choose and the jumps you want to hit without second-guessing. The all-mountain orientated DECOY 29 Core 3 sports a FOX 36 Performance Elite E-Bike+ fork and FOX Float DPS Performance Elite rear shock. Both builds feature Shimano SLX M7100 drivetrain, SRAM Code R and Crankbrothers Synthesis Alloy E-MTB wheelsets as the essential supporting cast for the perfect ride.

For riders focused on all the necessary ingredients, the DECOY Core 2 provides the perfect combination of well-performing and reliable components and a high-end frame. Also sporting the HX frame, a hybrid of a High Modulus Carbon Fiber front triangle and an extremely durable aluminum rear-end, this E-MTB guarantees Good Times. The MX version lets the RockShox ZEB R fork and the RockShox Super Deluxe Select rear shock do the heaving lifting, while the DECOY 29 relies on a RockShox Yari RC and RockShox Deluxe Select. Thanks to the Shimano Deore M6100 groupset there is no doubt riders will effortlessly find the right gear while SRAM Code R brakes deliver great braking power in every situation. Both the DECOY MX Core 2 and 29 Core 2 boast Crankbrothers Synthesis Alloy E-MTB wheels.

YT’s new pre-order option also applies to the new DECOY models. Customers who wish to pre-order a bike with an availability lead time longer than 8 weeks can pay a 10% fully refundable deposit to reserve their bike, with the balance being charged four weeks before the bike ships. This deposit ensures a place in line and orders can be canceled at any time with a full refund. It is possible to pay the deposit with Credit Card or PayPal. Customers can see their projected ship date when placing their order and the bikes will be shipped in the order that deposits are received.

For more Information about YT Industries:

What do you think of the new YT Industries Decoy MX and 29 EMTBs? Would you buy a Decoy MX or Decoy 29? What’s your favourite Ebike? Let us know in the comments below.

Here are some more articles we think you will enjoy: