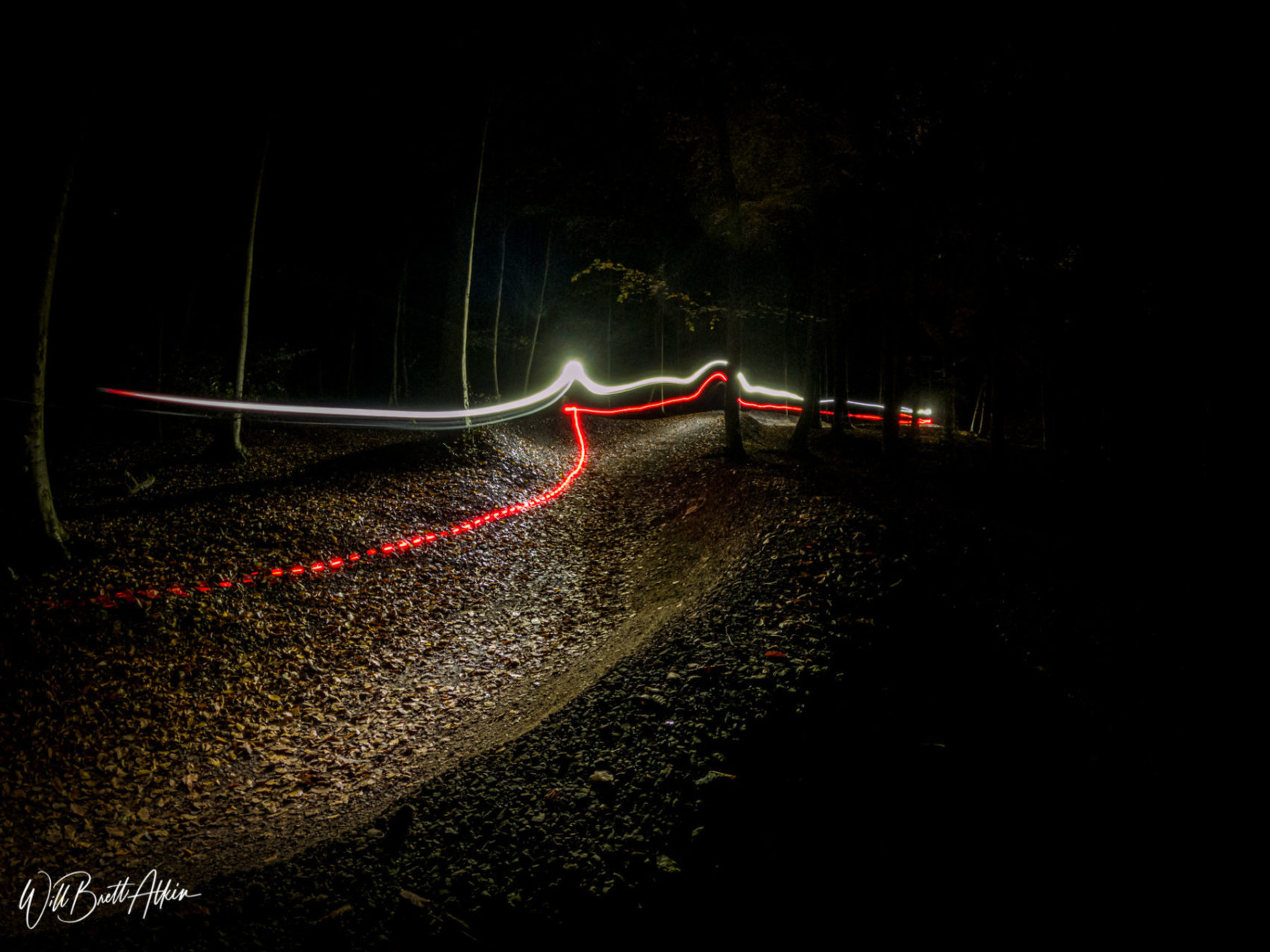 The other night I decided whilst it was still dry to take my camera gear up to my local trails and try out some long exposure photography. Now that the nights are drawing in much sooner it was time to charge up my Exposure Lights and hit the trails. 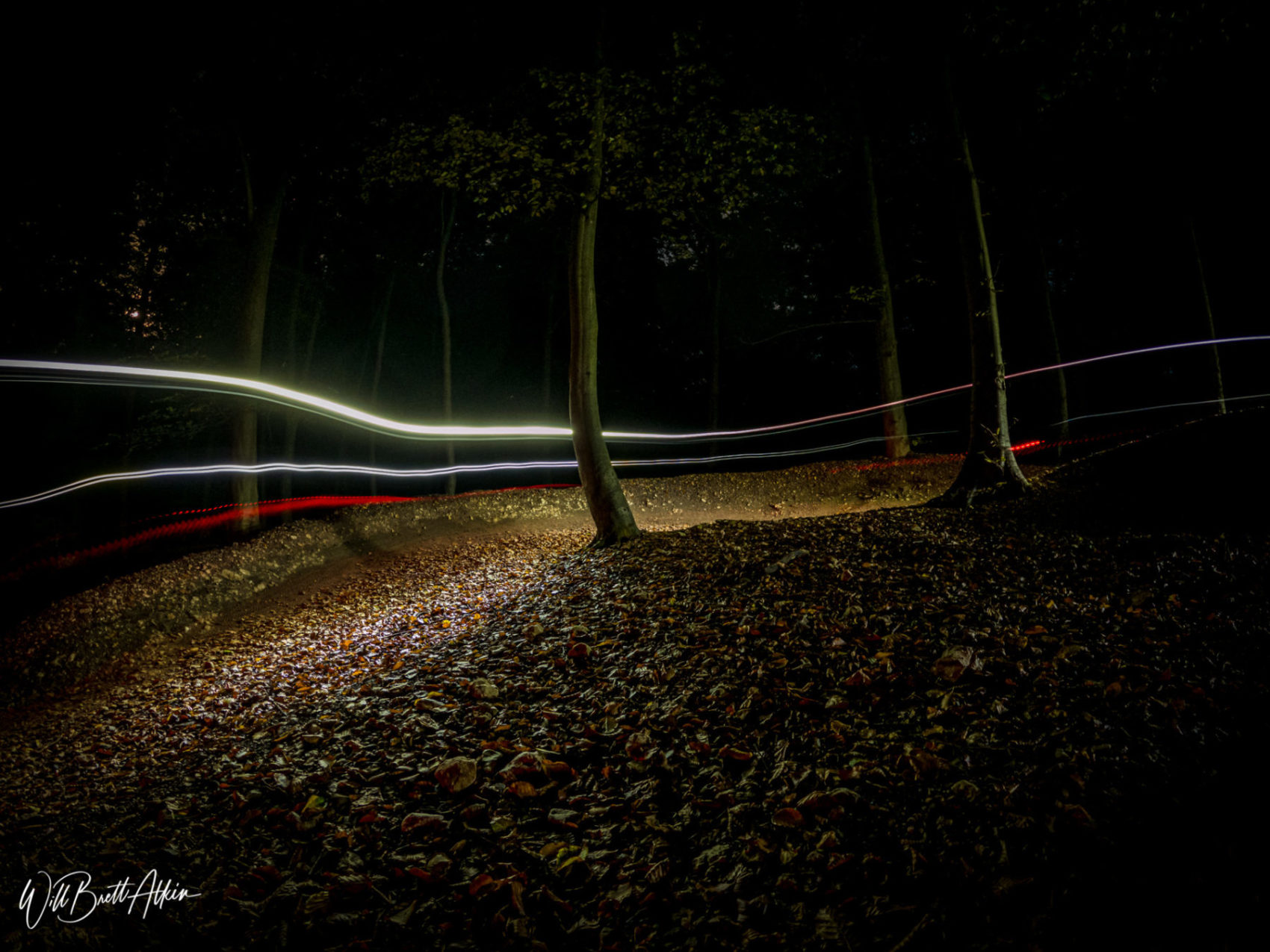 I decided to do this shoot with my GoPro Hero 9 over my big camera as I wanted to try out the new and improved night photography settings.

Getting the exposure time took some trial and error plus timing the shot as this was a solo photoshoot experiment meaning I needed to trigger the shutter as well as ride.

To get the twin lights white and red I used an exposure helmet light as well as a cheap rear red light that I attached to my seat post. You can see from the photos that the exposure light is much higher quality with a solid beam. The red light tended to flicker and wasn’t such a prominent beam. 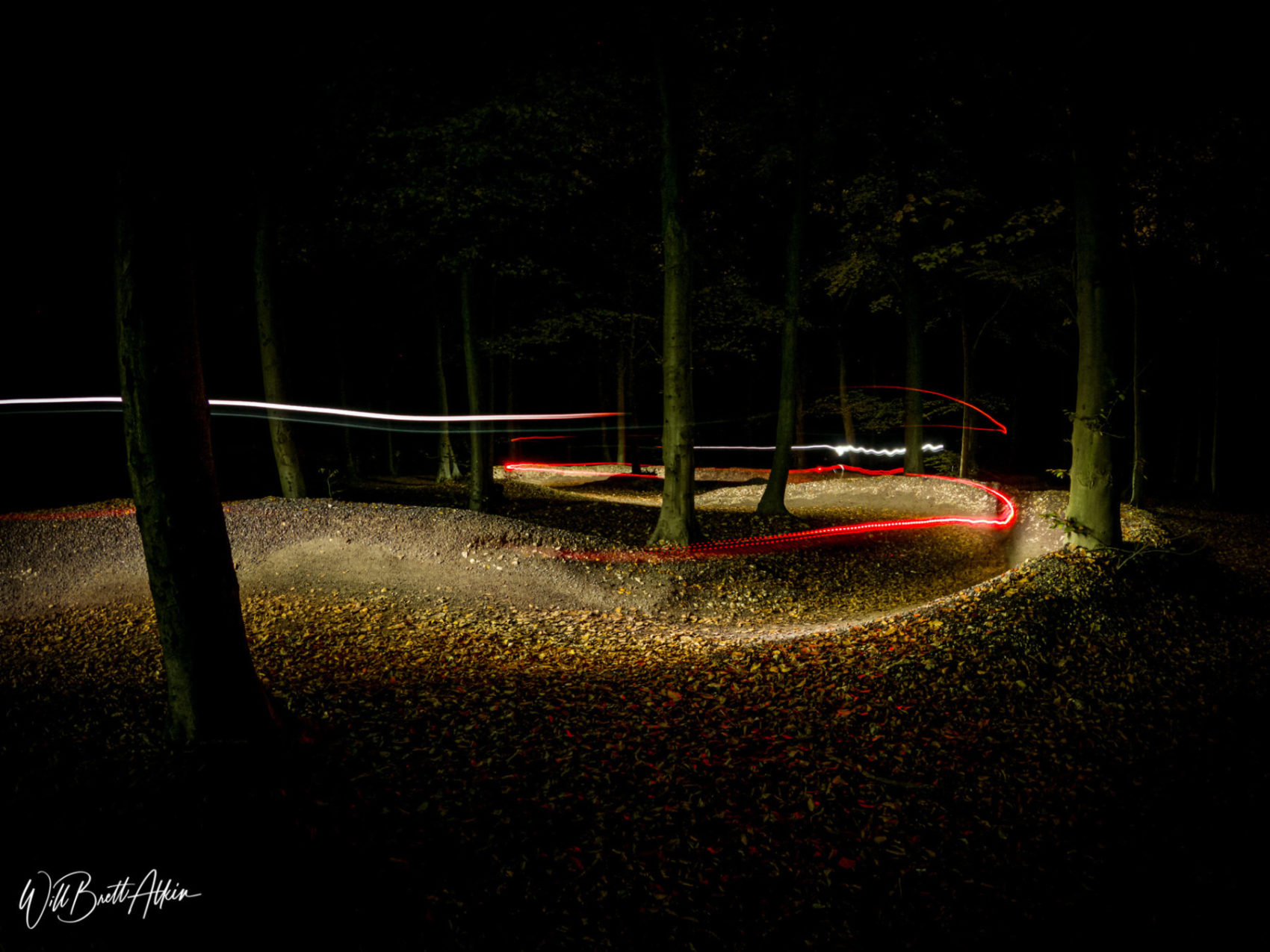 I used my phone with the GoPro app to trigger the shutter and I used various exposure times depending on the speed of the trail, the length of the light lines I wanted and brightness of the exposure.

I had the camera set to RAW so I could bring the photos into lightroom after. In the end, I did very little editing in Lightroom, all I did was adjust the blacks, highlights, whites exposure and the saturation of reds in the photos.

What I wasn’t able to get was to show the rider (in this instance myself) in the photo. Even with experimenting with track standing at the end of the exposure, I didn’t appear in any of the shots. This is something I want to research and experiment with as I think it could be cool to show the rider in the shot. Perhaps I need to shoot at twilight rather in pitch black, or perhaps use a small light facing the rider to illuminate them. I will be playing around with this over winter and hopefully come up with some really cool shots.

I’d also like to experiment with some long exposure portraits and double exposures.

If you’re keen on reading a “how-to” article on how to take long exposure mtb night photography then let me know in the comments below. Perhaps I’ll even share my Lightroom Presets.