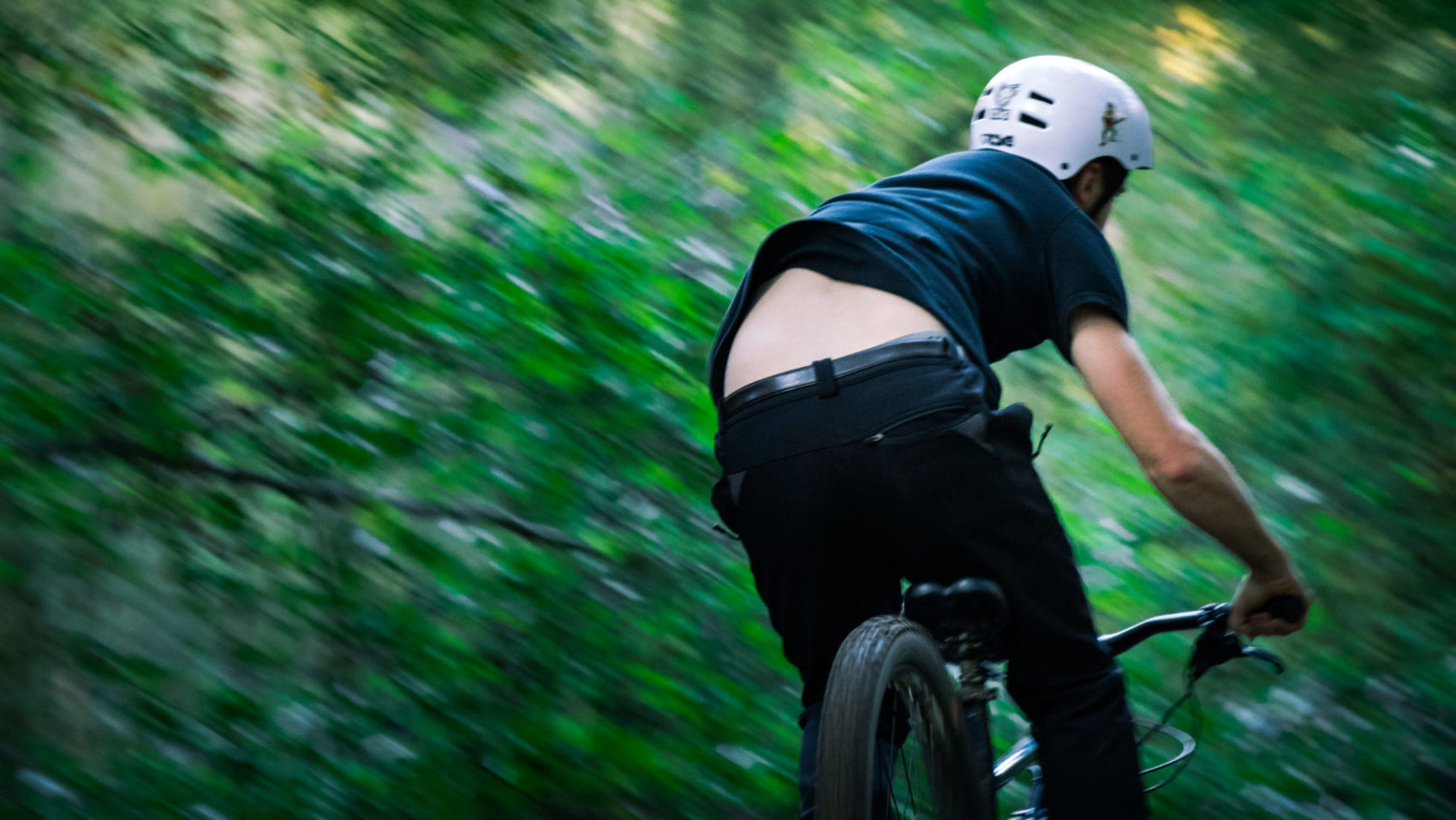 From A Different Perspective

From A Different Perspective

Over a couple of days, I took my Canon EOS 90D up to a few local trail spots to experiment with taking shots of the riders from a different perspective to show them off in a different light.

As it’s getting dark much earlier and with the majority of the trails that I visited had some pretty heavy tree cover it was time for me to start using and practising different techniques with shooting in low light conditions.

Shooting in RAW with my Canon and an 18-135mm f3.5 lens it was very tricky to set my exposure right, with a shutter speed not being able to go any faster than 1/300sec. I could have maxed out my ISO to get this a little bit quicker but my aim wanted to come away with overly grainy images.

However, using a slow shutter was not in the slightest a burden as I was able to utilize that slow shutter and come away with what I thought to be some pretty successful motion blur affected shots.

As the day progressed I liked how the images were turning out and I wanted to use the slow shutter as well as panning the camera to create that motion blur, but doing so from different angles and perspectives.

I would get as close as I could to the rider, position myself on the side of tight turns and focus right in, one shot in particular, onto the bike itself. I would also challenge myself to get into some really awkward positions, for example laying down flat on my back in between a double and having the rider fly over me.

This was the scariest and also the shot that took the most time (of course it did) mainly because it was pretty hard to judge the timing when you can’t spot on the run-up, it ended up being pretty tough to get all the action in frame, but it eventually turned out to make a great shot.

A lot of trial and error went into these shots. Panning on a high burst rate on a slow shutter gave me a rough success rate of about 2/10 shots looking decent and ones that I would be happy with to import to lightroom and play around with.

I try to spend as little time post-processing images. I mainly focus on adjusting the shadows, mid-tones and highlights. If I don’t like how the colours in the image look I would also start playing around with the hue and saturation on each individual colour. Being surrounded by autumnal colours I did focus mainly on the greens, yellows and oranges as I felt they were too bold and making the image look messy and distracting from the rider.

I would like to start experimenting more with shooting in low light conditions, especially now when the light dips early. So over the next couple of months into winter and through to the new year, I will be looking into some flash equipment which will allow me to get more creative in these conditions. With flash gear in mind, it would even be pretty cool to do a shoot in the dark and see what comes out from that!