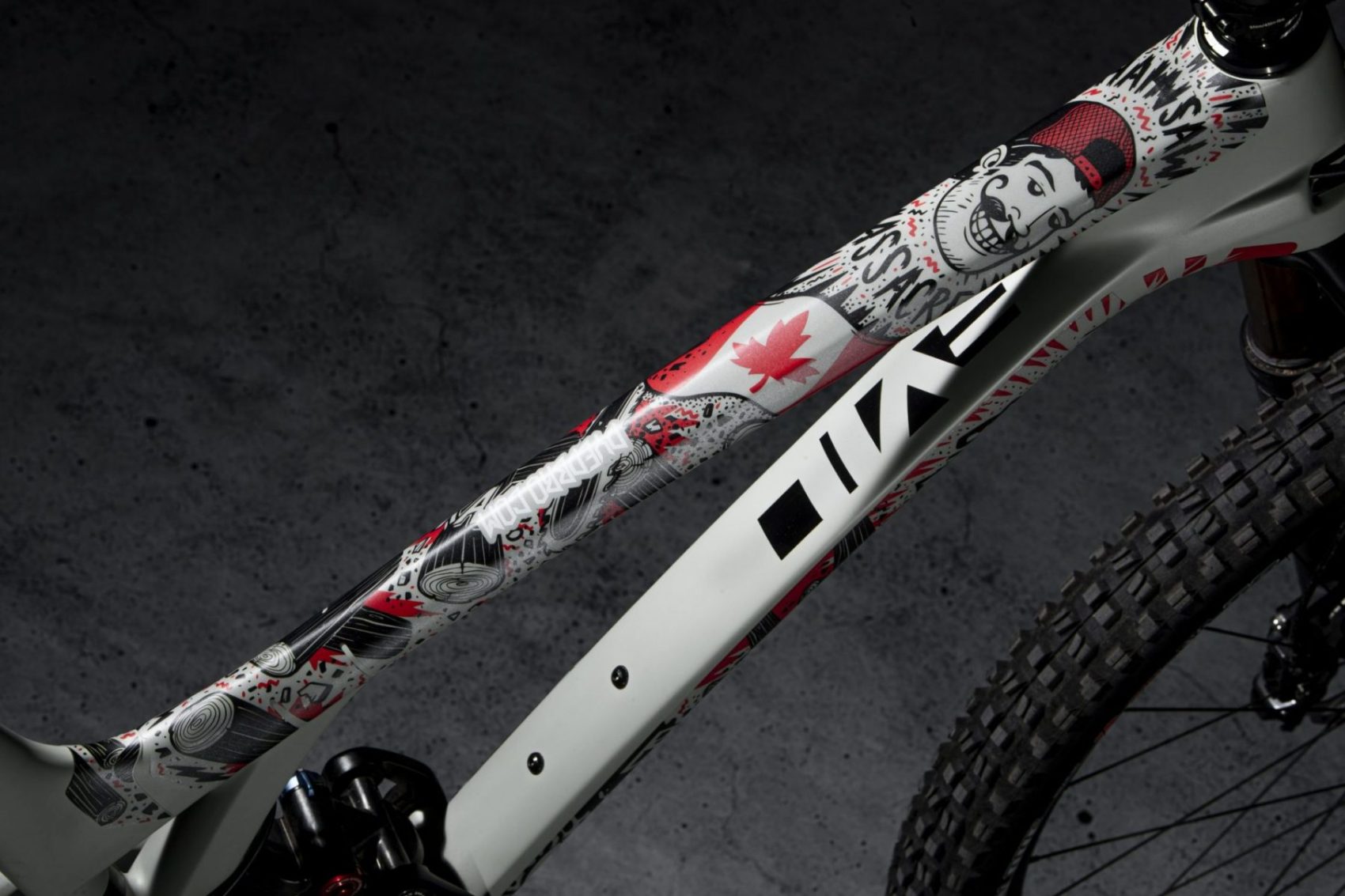 Dyedbro have just released the new Stevie Smith tribute mountain bike frame protector. Here is what they have to say about the stunning new design on offer.

“Born in Cassidy, British Columbia he has been arguably the most prolific and influential Canadian Downhill racer. A driven athlete and fierce competitor, Smith was humble and grounded off the track.”

“He was a remarkable influence on all young and aspiring Canadian gravity racers and others around the world.”

“It’s because of this that we created this very special frame protector, honouring his career as one of the greatest and with the intention of raising funds for the Stevie Smith Legacy foundation.”

The kit is available to order from www.dyedbro.com from Thursday 16th April and is €39.99. It comes in 3 colour variants of Black, White and Black/Red.

“We are using the hashtag #longlivechainsaw in addition to #dyedbro”

You  can show your support to Dyedbro and #longlivechainsaw by ordering yours from the Dyedbro store now.

What do you think of the new design? let us know in the comments. We think its fantastic