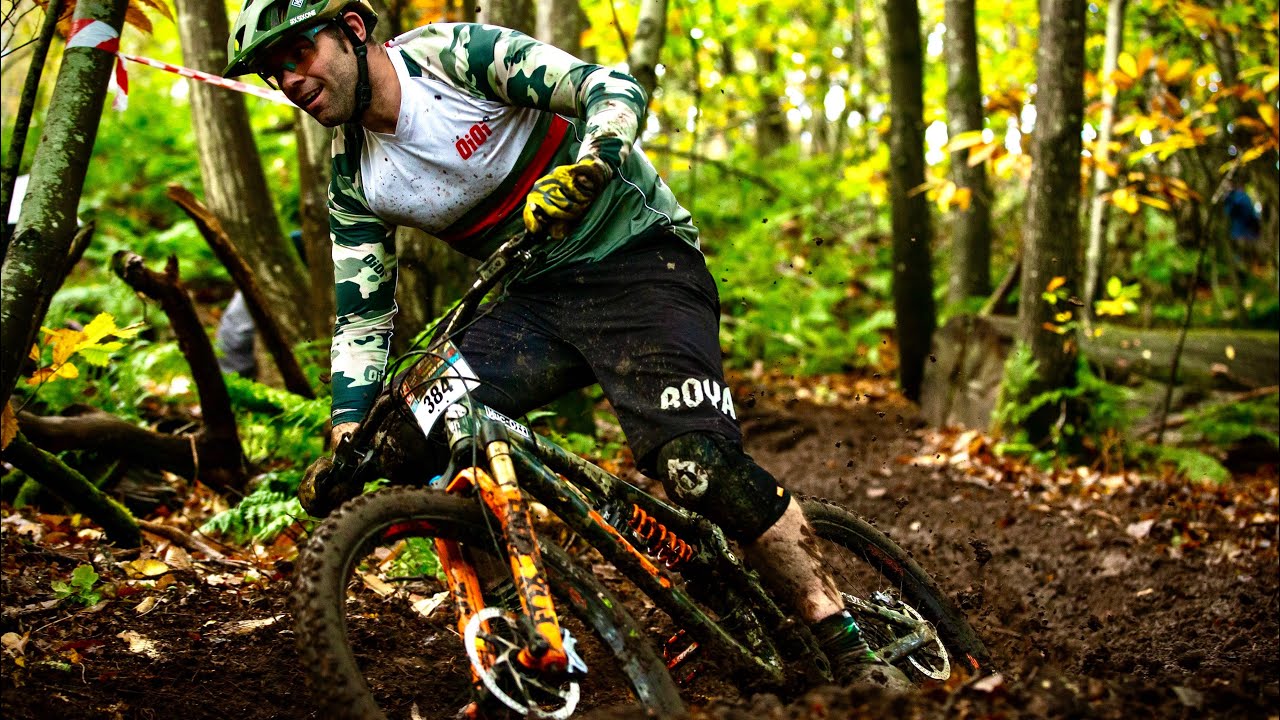 Ben Deakin has released a vlog of the latest Southern Enduro race at Milland from this past weekend. The race was an absolute slop fest with rain all through practice churning the ground up into a thick porridge and then drying out just enough for the race to stop riders bikes dead. In the video, Ben follows Brendan Fairclough (Brendog) throughout the race. The video features loads of humour and really sums up the race and atmosphere perfectly.

I was also racing in the same category as Ben and you can see from his video how hard the conditions were. I think Ben still made it look easier than it actually was. Saying all that though, it was an incredibly fun race and everyone’s spirits were high. We all just got on with the task in hand and that includes all the medics, marshalls, stalls and Southern Enduro team.

What a laugh this was, Along with World Cup Free racer Brendan Fairclough we took it upon ourselves to race the Southern Enduro, 5 timed stages with various Jumps, chutes oh and quite a lot of bogs, running stages, uphills and blood thirsty spectators, Weather made things slightly trickier than expected but what a laugh!!!

You can learn more about Southern Enduro events through their website and about other Enduro race series and events here.

You can follow Ben Deakin using the links below:

What did you think of Ben Deakin’s vlog of Southern Enduro Milland? What do you think of this race? Did you take part? If so how did you get on? Have you ever raced in similar conditions?

Let us know your thoughts and opinions in the comments section below.